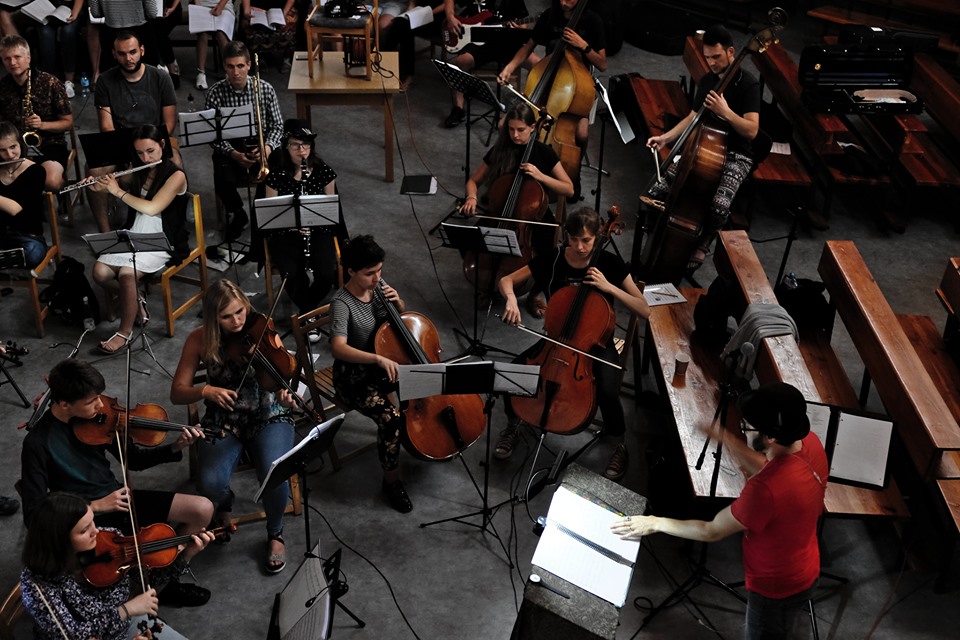 The Curse of the Vampire Orchestra performs a live accompaniment to the classic film Nosferatu – A Symphony of Horror (1922). The orchestra’s conductor, Philip Shorey, composed the music played by the group. Through this fresh score the film is reinterpreted with Shorey’s use of classic orchestral instrumentation, industrial percussion, electronica, and a full choir.

Philip Shorey, graduate of The Institute of Production and Recording in Minneapolis (USA) is a theatre and commercial composer and for the last 10 years has traveled around the world as a marionette artist and street performer. It was while attending university that he saw the film Nosferatu and was emotionally moved. At that moment, he wanted to do something with this film so others could also see it like he had – as the powerful love story. Fast-forward 15 years and he was given this opportunity.

The live orchestral film score premiered in July of 2018 at SLOT Art Festival in Poland and the American debut was sold out at the Music Box Theatre of Minneapolis in October 2018. The Curse of the Vampire Orchestra has continued to grow as an international production and community of artists where new ideas are explored and cinematic accompaniment is redefined. 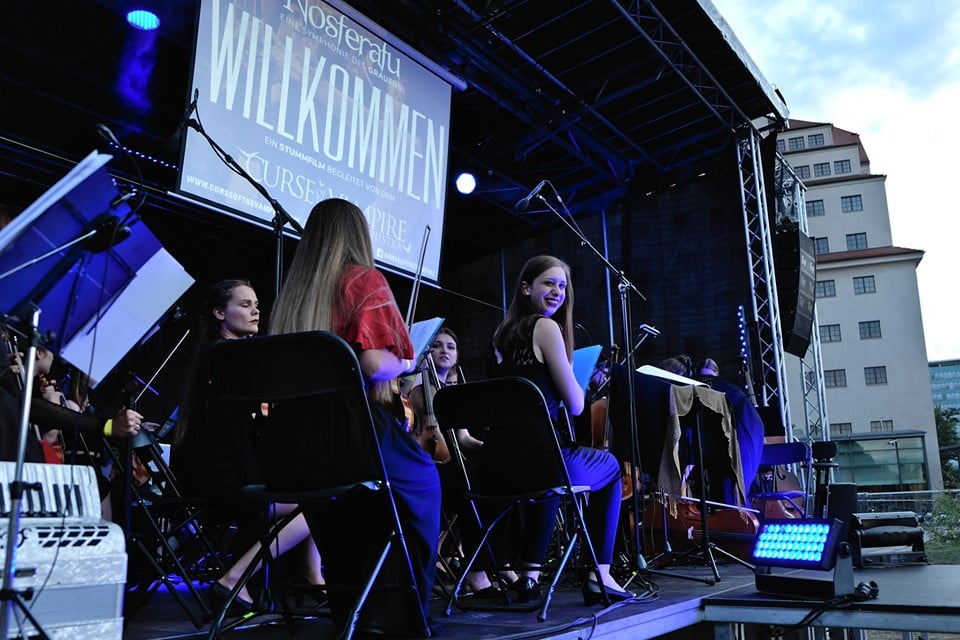 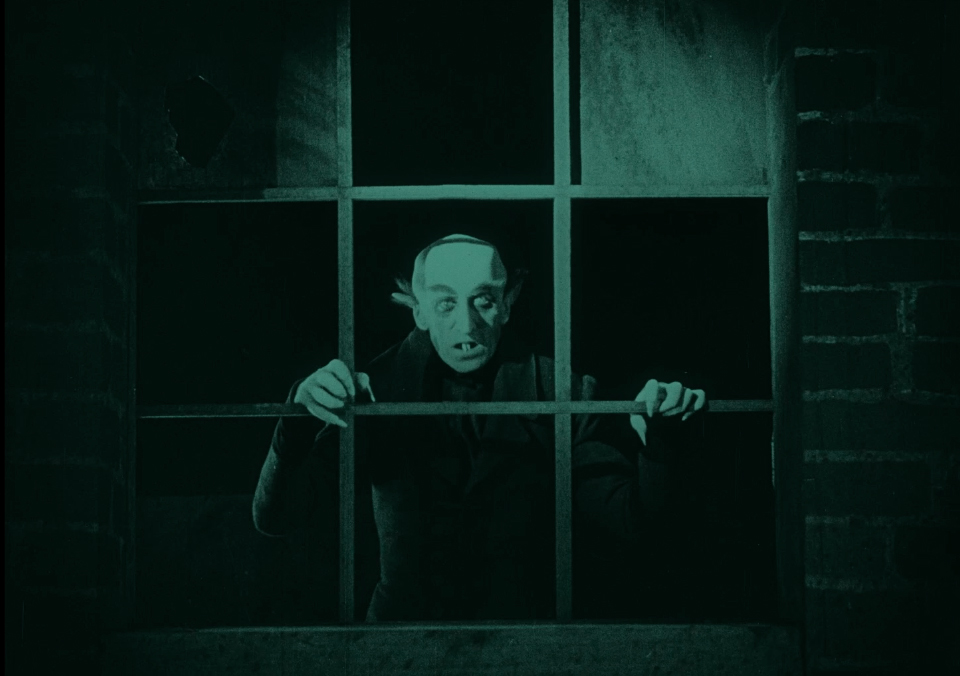 Nosferatu: A Symphony of Horror (German: Nosferatu, eine Symphonie des Grauens), or simply Nosferatu, is a 1922 German Expressionist horror film, directed by F. W. Murnau, starring Max Schreck as the vampire Count Orlok. The film, shot in 1921 and released in 1922, was an unauthorized adaptation of Bram Stoker’s Dracula (1897); the Stoker Estate had refused permission. Various names and other details were changed from the novel: for instance, vampire became Nosferatu, and Count Dracula became Count Orlok.

Stoker’s heirs sued over the adaptation, and a court ruling ordered that all copies of the film be destroyed. However, a few prints of Nosferatu survived, and the film came to be regarded as an influential masterpiece of cinema. The film was released in the United States on 3 June 1929, seven years after its original premiere in Germany.